Nitesh Tiwari directed Chhichhore is a good, clean, fun movie which has its heart in the right place. The message is loud and clear. Losers in education institutions doesn’t necessarily mean losers in life; the joy is in fighting out situations and standing by your closest pals. It’s ironical, the time I was enjoying Chhichhore, I had just called off organising my engineering college reunion, as most of my hostel friends picked up one standard excuse, after another, of not coming to the proposed reunion. 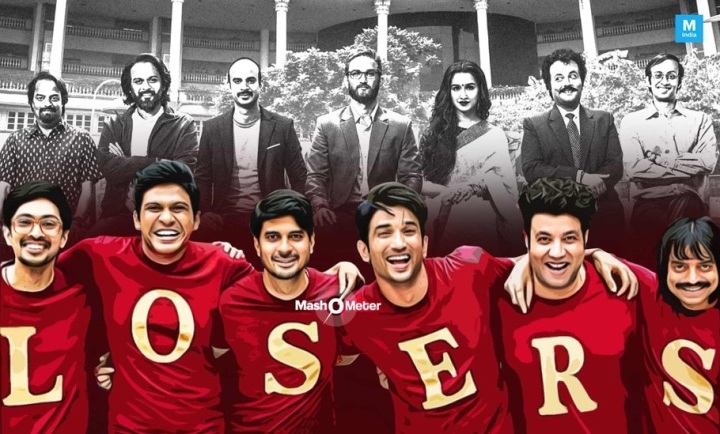 How naughty were you in college?

Truth be told, the average engineer has had more fun than what’s shown in this flick. Personally, the antics my friends did at our engineering college would dwarf the ones done by the Chhichhores. Chocolate bombs going off in hostel was a daily affair; calling mass bunking of classes; kicking door of the warden’s room at 3am; throwing sweet syrup (rossogolla chaasni) underneath warden’s door or office door – to see people’s slippers stuck the next day; climbing on bathroom walls seeing mates bathing (or relieving); making telescopes and getting into vantage points to get better views of girls hostel rooms; purposely returning nude magazine to a friend whose parents have come to see him; getting juniors play nude polo during ragging; tricking enemies to have rotten laddoos and biggest of all, tapping the phone wire going into the principal’s office to make sex chat international calls. Yes, the Principal got those sex chat ISD bills too. Back in 1995. This list offcourse is the NC16 list. There is an M18 list too!

The strength of Chhichhore lies in the way it has packaged in a family fun movie in the lines of 3 Idiots. The packed hall were in splits during all the college sequences. Shraddha Kapoor has looked her best in this flick. Naveen Polishetty (Acid) is fantastic. Varun Sharma (Sexa) was funny. Sushant Singh Rajput (Anni) was steady. Saharsh Shukla (Bevda) made an impression despite hardly a line to speak. Tushar Pandey (Mummy) was best of the lot. I so wished Johnny Lever was roped in as a teacher or a parent. That may have rounded off the hostel segment as perfect. The biggest comedian of our generation needs to be in such movies. The Jo Jeeta Woh Sikandar type sports competition bits are very engaging and laugh worthy. Each of the college moments takes the audience to highs.

However, much as the hostel moments keep the audience hooked and intact; it’s the frequent modern age sequences that slow down the movie and bring unwanted melodrama. For a start, the make up team did an ordinary job for this segment; the plot could have been made much better, tighter and more realistic. The frequent back and forth (past and present) switching only come as a forced full stop to the college fun scenes. There is this irritating doctor whose role was to blurt, every 15 mins, ‘patient is getting very critical, needs to be in ICU, chances of survival are very less’. Chhichhore’s weakest link is the editing and this ‘current day’ segment. Also, the bosom buddies of four years, making no contact or meetup for close to two decades, looks unrealistic is this modern age.

Rating: 3.5/5 (A laughathon, must watch movie that takes you back to your college days)

While I have rated 3.5/5 and IMDB reviewers have currently rated the movie at 8.8/10, publication reviewers have on an average rated it much below par, at 3/5. I suspect this has something to do with Sushant Singh Rajput and his low PR (public relations) with industry bigwigs. Am certain had Ranbir Kapoor did that same performance (instead of SSR), the average publication reviewers rating would have soared to 4+/5 and everyone would have gone gaga over RK. Just as his entire PR machinery does, after each of Ranbir’s movie releases, irrespective of the content.

Kangana Ranaut had once said on The Kapil Sharma Show that Ranbir Kapoor has an underground PR machinery that keeps lifting his profile up, while pulling others down. In a recent The Kapil Sharma Show episode, the host completely snubbed Sushant Singh Rajput while heaping praises on Shraddha Kapoor and Varun Sharma. While watching that Chhichhore promotion episode you could be forgiven for thinking that Varun and Shraddha are the lead pair of this movie. Am not sure what’s wrong. but Sushant possibly has made some enemies at wrong places. Else, a glittering career of Kai Po Che (for me the best movie on friendship, relatable and much better than the hi-end Spain tourism promotion Zindagi Na Milegi Dobara), PK, MS Dhoni : The Untold Story, Detective Byomkesh Bakshy & Sonchiriya deserves more recognition and respect from the industry.

Early this year, I had done a stand up comedy at my college alumni meet, in front of 1500+ juniors and staff, recalling my college days. I had walked up the stage during what was the lowest point of my life. You may want to enjoy it.

Have you had a school/college outstation Reunion yet?

If your college or school mates haven’t had a outstation reunion (min 20 pax) for a decade plus then Chhichhore is must watch for you. And contacting us for arranging your reunion is an option! I have conducted a dozen plus reunion and bachelor trips! Contact details mentioned below!