Recently, I visited Nice. There, I made a couple of friends who had an interesting motto:

This is what travel meant to them. And that’s perfectly alright: for most, travel is golden sand, glittering waves in a sapphire-blue sea, and a vivid bronze tan.

In general, travel consists of the following:

There’s nothing wrong with a vacation like this. Following the majority doesn’t have to be wrong all the time.

However, travel means something more to me. Apart from the usual touristy things, I find the following can enhance a trip:

Take a walk in the afternoon/ evening through a local neighborhood

The best way to understand the local way of life is to live with locals. Failing that, an afternoon/evening stroll is the way to go. Just walk around without a specific destination in mind. Avoid anything or anyone that looks suspicious. Maybe pop into a store and chat with the proprietor?

I tried this tactic with a baker in Nice. In the ensuing conversation, I learnt that he was Tunisian, had lived in Nice for 40 years, and had a son with a PhD in Mathematics and Physics! Not only that, he gave me a crash course in Middle Eastern politics- and sweetmeats. After all, he was a baker by profession.

In order to really taste local culture, you have to attend local events. No, not events for tourists which happen to take place locally; I’m talking about events meant for locals which tourists can attend. Sometimes, they are only found in the local newspaper.

On the same trip with my conversation with the baker, my friends and I attended a free concert and art exhibition. We were the sole Asians in a sea of Niçois- but nobody cared. Soon, we found ourselves holding hands and dancing with complete strangers. This surreal and wonderful experience was only possible because we followed the locals.

Use public transport if possible

Apart from being cheap, healthy (think of the walking), and environmentally friendly public transport systems are the arteries of any city. To truly see the city like a local, you should try to travel like a local and see what their everyday looks like.

Of course, you should take reasonable precautions (like stashing your cash in multiple places to outwit pickpockets) before jumping on the next train. But that’s a small price to pay for the benefit of travelling with an eclectic, interesting mix of people on the way to the next attraction.

Eat at the place with the longest line:

But be warned: if you eat at McDonald’s wherever you go, this approach isn’t for you. Sampling local cuisine demands an openness to unfamiliar ingredients, flavors and textures.

The general attitude to the entire air travel experience is “the sooner it gets over, the better”. But think about it: we spend a good percentage of each trip at the airport and in metal tubes with wings. So why not make the most of it?

Some of my most memorable experiences were made at the airport and at 35,000 feet, including but not limited to:

Who’s to say you won’t have even better ones than me?

Who is this guy? 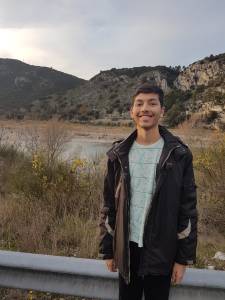 My name is Rishi Agrawal, and I’m a student in sunny Singapore. I have a diverse range of interests, and so you’ll see a range of topics from self-improvement to History to the French language.

There is no greater agony than bearing an untold story inside you.
Maya Angelou

That quote above pretty much summarizes why I write. Blogging is catharsis: I think my brain would explode if there wasn’t a way of expressing its myriad thoughts. However, there is another reason why this blog exists today.
I write in the hope that these ideas may benefit someone, anyone, be it within this continent or without.